“He made me feel like I was his only client. He was was timely in responding to me and explained everything in great detail.  Thanks again for all the help.“—Matthew B.

Michael (Mike) R. Acker has more than two decades of experience as a successful litigator of insurance defense and personal injury cases.

Upon obtaining his law degree, Mike was admitted to the Pennsylvania bar and served as an Assistant District Attorney in Philadelphia from 1997-1999. He subsequently obtained admission to the Maryland bar. Mike is licensed in the District of Columbia and West Virginia, and is presently an active member of the bar of each of these four jurisdictions.

Mike joined a Prince George’s County law firm in June 2000 and made partner in 2008. He was responsible for building his insurance defense practice representing one of the major auto insurance carriers and its members. In addition to a stellar track record in insurance defense trials, Mike litigated countless successful plaintiff’s personal injury cases. In 2018, he opened Acker Law Group with the goal of providing high quality, high integrity client representation.

Outside the office, Mike is happily married to his wife, Maria, and has two sons, Zack and Jackson. He enjoys distance running and mud/adventure runs- having completed numerous half-marathons, multiple full marathons and ultra-marathons and CrossFit. 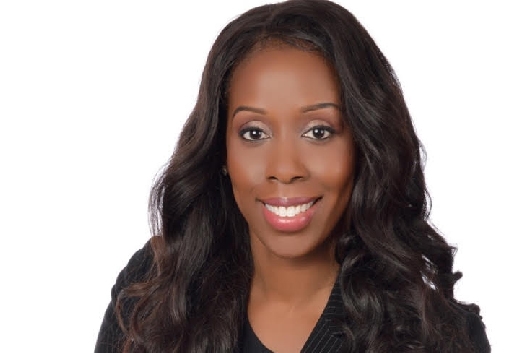 Laverne Tucker is a highly experienced attorney focusing on litigation. Practicing since 2001, she joined Acker Law Group in 2020.

Laverne earned her undergraduate from the University of Miami and her Juris Doctorate degree from Nova Southeastern University Shepard Broad Law Center. She also has an LL.M degree in Health Care Law from Loyola University of Chicago School of Law and is licensed to practice law in the District of Columbia, Maryland, New York, and Florida. She is a believer in professional development and lifelong learning, and continues to seek out new ways to innovate and progress.

Laverne started her career in Florida as a National Association of Public Interest Law Fellow (NAPIL), and then after two years began work in the insurance defense industry. She moved to Maryland in 2010 and became In-House Field Counsel for a large insurance company. She is active with the American Bar Association, serving as Vice-Chair of the Post-Acute Care Continuum Task Force in the Health Law Section and served as the Immediate Past Chair of the Health Law Section of the National Bar Association from July 2016 - July 2019. These groups provide lawyers and policy makers with education and guidance on current law and potential impacts of proposed changes.

Outside the office, Laverne continues to enjoy her volunteer work and plays with her daughter.

Mirta Gallagher assists Mike in all facets of his practice, handles an array of case matters and provides a broad spectrum of services. She works with clients, opposing counsel and others to handle the schedule, gather information for discovery, prepare for depositions and court events, and ensure all deadlines are met. She has worked as a legal assistant for over 30 years. Mirta resides with her husband in Silver Spring, Maryland. They are proud parents of three grown children.

Caroline has been a part of Acker Law Group since it was founded in 2018, running the office from behind the scenes. She has an undergraduate degree from Sweet Briar College in IT Policy, an International MBA from the Moore School of Business, and a JD from the University of South Carolina. She joined the South Carolina bar in 2010, but currently focuses on law firm management, process improvement, and marketing. Outside of work, she enjoys reading, hiking, and traveling with her husband and two children.